They made what should have been 2 long days pass pain free and enjoyable. super impressed with the results 5 days in as well.

The theory with low level laser therapy is that when hair follicles absorb laser light at a certain level, it stimulates hair to grow.

Studies have shown that LLLT stimulated hair growth in mice subjected to chemotherapy-induced alopecia and also in alopecia areata. Controlled clinical trials demonstrated that LLLT stimulated hair growth in both men and women. Among various mechanisms, the main mechanism is hypothesized to be stimulation of epidermal stem cells in the hair follicle bulge and shifting the follicles into anagen phase.

Safety and Possible Side Effects

LLLT has demonstrated a remarkably low incidence of adverse effects when it has been used over 50 years for diverse medical conditions and in a variety of anatomical sites. In the specific area of LLLT for hair growth, the only adverse reports in humans, was the temporary onset of telogen effluvuim developing in the first 1–2 months after commencing LLLT treatment but disappearing on continued application. Some other possible considerations are presence of dysplastic or malignant lesions on the scalp which could be stimulated to grow by proliferative effects of LLLT

LLLT for hair growth in both men and women appears to be both safe and effective. The optimum wavelength, coherence and dosimetric parameters remain to be determined and there’s not enough evidence that any of the countless devices restore hair or prevent balding.

Dr Reddy advices to exercise caution before signing up for any expensive laser treatments as he believes not every candidate is suitable for Laser and not not all lasers are effective in treating hair loss.

The objective of this website is to provide sufficient information to the consumers that will help them decide on the best possible option for their hair loss and take a balanced view. We are in no way implying that we are the best.
There are some phenomenal surgeons practicing worldwide, whom I have had the privilege of training with and working under. I would like to believe that my team always give their best and our results are consistent with the best in the industry. 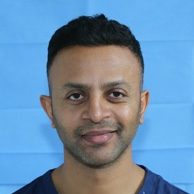 Drop us a message or give us a call for more information.
A member of our team will be more than happy to help.

Leave us a message